Unspeakable is a social history of sex between adults and children, told through the life of one man, the 20th-century writer Norman Douglas, an unrepentant pederast. How could Douglas’s countless fans and friends have admired a man who wrote so openly about his sexual encounters with children? This book explores how attitudes toward intergenerational sex in the recent past differed sharply from our own.

Charity and Sylvia is the intimate history of two ordinary women who lived in an extraordinary same-sex marriage during the early nineteenth century.

* Book of the week at salon.com

The Reign of Terror in America explores how the United States reacted to the violence of the French Revolution. Fears of Jacobin violence drove new social conservatives to embrace new humanitarian movements including antislavery, antiwar, and support for public education. 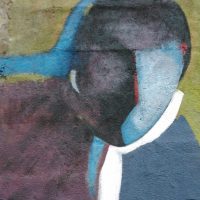 The latest news on WordPress.com and the WordPress community.

An enjoyable ramble through the world of Historic Foods and Cooking to include Gardening History, Poultry History, Dress, and All Manner of Material Culture.[©]

of a social historian